Throughout this past year we have received nominations for outstanding people, and it was a difficult task to choose one person. The CPO Board of Directors voted on the nominees and the 5th – 2009 Arthur A. Herkenhoff Award was presented to a remarkable gentleman, Mr. Tom Smolik.

Mabel Beane from the Church of St. John of Saint Paul nominated Tom and submitted the following information:

Tom and Sandy Smolik have been married for 38 years. They have 2 daughters, Stephanie age 32 and Kim age 36. Tom is an electrician and was a Union Steward for 20 years with the Local 110 Electrical Union.

Tom and Sandy are members of the Church of St. John of St. Paul. Tom attends daily Mass, and visits our Lord at Eucharistic Adoration every day — at a number of different churches in our Archdiocese. Tom has a deep devotion to the Blessed Mother. He has been a Secular Order Discalced Carmelite for 7 years.

God has graced Tom with a gentle strength… he is a staunch defender of the unborn and his Catholic faith. He finds deep joy in giving of himself and it’s very obvious in the many areas he has served God and others.

Tom has volunteered for 15 years at the LifeCare Center East, located on White Bear Ave. in St. Paul, and he has served as their Board president the past 14 years. He also chaired the “Walk for Life“ for 9 years.

Tom was a sponsor of St. Pascal’s Catholic Church RCIA program, and for 12 years he assisted with the St. Pascal’s youth group and Confirmation program.

He volunteered at the Merrick Community Center for 11 years — Joseph’s Coat for 10 years and the Family Shelter for 8 years.

Tom also uses his gift of singing in a Gregorian Chant group and the Choir at St. Johns of St. Paul.

Tom has dedicated his life to serve God, his family, the Church, and is committed to building a Culture of Life. 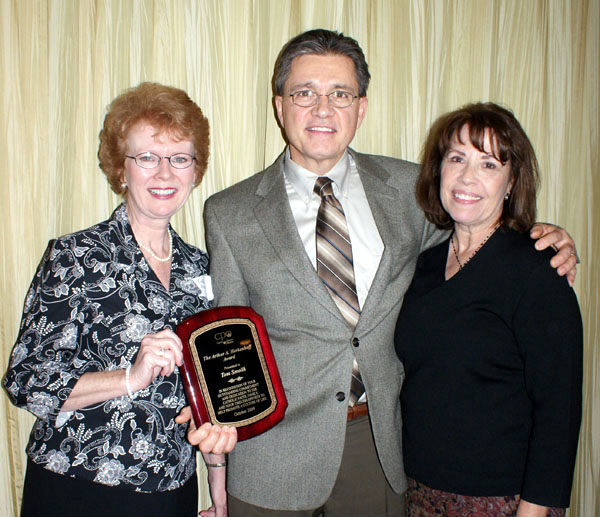