Each year our Board of Directors presents the Arthur A. Herkenhoff Award to a Catholic person who exhibits the same virtues, principles and qualities which characterized the life and person of Art Herkenhoff.

Throughout this past year we have received nominations for outstanding people, and it was a difficult task to choose one person. The CPO Board of Directors voted on the nominees and the 10th – 2014 Arthur A. Herkenhoff Award was presented to a remarkable gentleman, Mr. Tom Bengtson.

Tom Bengtson co-founded the Chesterton Academy, a private, independent high school offering a rigorous classical curriculum taught through the lens of the Catholic faith. It was decided the motto for the school would be “Cultura Vitae” with the hope it would be a reflection to the students and families (and the greater community) of the culture of life. He has helped it to become one of the top Catholic high schools in the country. The curriculum is centered around the Catholic faith, there is daily Mass and an oath of fidelity to the Magisterium. It was Tom’s idea to make it a school with a Pro-life charism, which meant getting the students involved in Pro-life activities (Tom takes a group of students to the March for Life in DC every other year). Even more importantly, he decided to keep the tuition family-friendly, which is less than half of 70% of the private schools in the Twin Cities. And now people from around the country are starting schools based on the model Tom has helped build.

Tom and his wife Sue have adopted 4 children at different times, from South America, after years of infertility. They have been active with the Couple to Couple League for two decades, and they are also involved at their parish, Holy Family Catholic Church in St. Louis Park, MN. Tom is committed to building a “Culture of Life”.

Tom Bengtson received the 10th, 2014 Arthur A. Herkenhoff Award at the CPO annual Luncheon & Fund-raiser held at the Southview Country Club, in St. Paul on October 25, 2014. 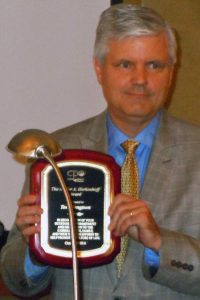 Members of the Art Herkenhoff family 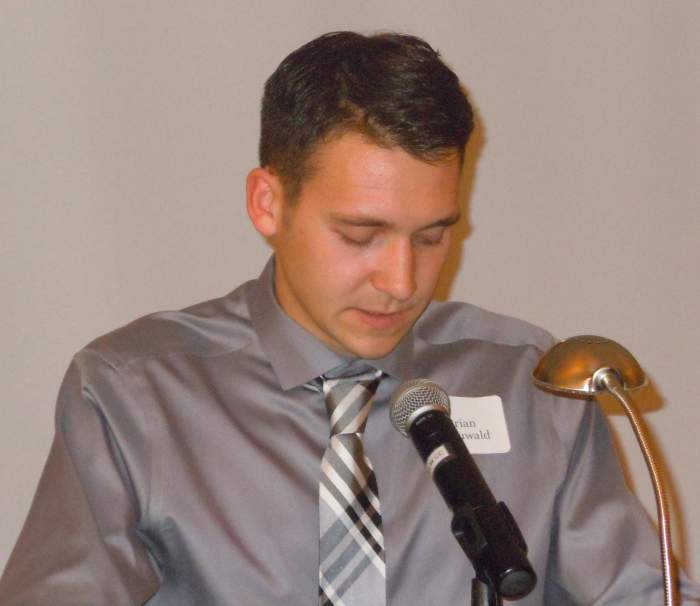 Brian Thauwald, shared some of his fondest memories of the times spent with his beloved Grandpa Art.