Throughout this past year we have received many nominations for outstanding people, and it was a difficult task to choose one person. The CPO Board of Directors voted on all the nominees and the 4th – 2008 Arthur A. Herkenhoff Award was presented to a remarkable gentleman, John Gray.

Mrs. Ann Hill nominated John and had this to say about him:

John Gray – A Lifetime of Affirming Life
When one thinks of successful accomplishments in the field of Pro-Life, it may bring to mind holding important leadership positions in Pro-Life organizations. But in the case of my nominee, John Gray, Pro-Life has been a quiet daily affirmation throughout an entire lifetime of 87 years. This is a man who has lived a lifetime of what he believed.

John grew up with the late Monsignor Richard Schuler and was a lifelong close personal friend, although their callings to serve God were very different, as John was called to marriage.

John and his wife Jean embraced “life” as they said, “Yes” to God, and welcomed 14 children with whom God blessed them, despite the great sacrifice that is involved in having a large family. This is particularly noteworthy, considering that, in our current culture most couples limit their joy by having only one or two children. John’s generosity was extended through the blessing of 40 grandchildren and 13 great-grandchildren.

Through the years, according to his daughter, John would instill the importance of Pro-Life issues to his family. He was active in participating in Walks For Life, praying the rosary, and also financially supporting Pro-Life organizations. But his regard for Life did not end with these Pro-Life “beginning of Life issues.”

“End of Life issues” are also paramount when it comes to the subject of the dignity of human life, for John’s wife, Jean, eventually developed Alzheimer’s disease. John conscientiously took training to learn how to care for her at home, seeing to her every detailed need, day in and day out for 13 years. When it was no longer possible to manage this, Jean was transferred to a nursing home. Even then John devotedly spent every single day with her for the four years she resided there, and brought her Holy Communion. They had been married for 61 years when she passed away.

John’s parish priest, paid him the highest respect, when at the age of 86, John had fallen and broken his hip in 3 places. Father asked parishioners for prayers for his recovery, and with highest esteem, referred to John as, “A saintly man,” for all he had done in his lifetime.

John made an amazing recovery from his surgeries, and after he bounced-back, continued to assist at Eucharistic Adoration and church devotions, attended Mass daily, continues to pray the rosary, and is an example of Christian charity. Even today, at the age of 87 he visits friends who are not able to get around any longer, and brightens their day with his company.

In some way John is the person we all can only strive to be; yet he has already accomplished what many of us only hope to become…a reflection of Christ by quietly living the Gospel of Christ daily, even through the most difficult of challenges life can bring us.

John Gray has done more in his quiet every-day statements of affirming Life by his example, for nearly 90 years, and unquestioningly deserves to be nominated for the Arthur A. Herkenhoff Award. 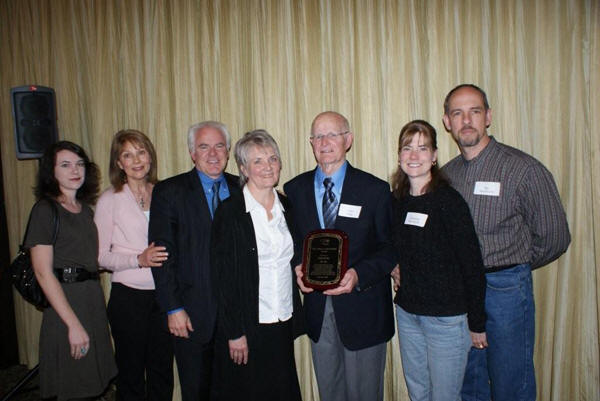 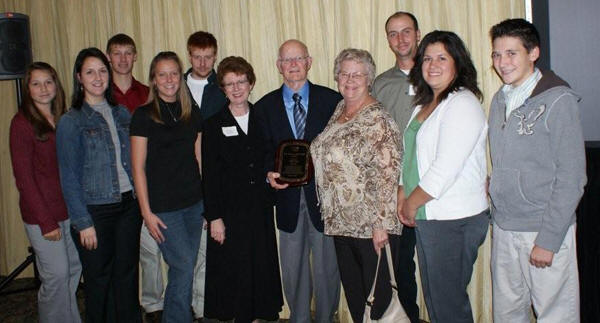 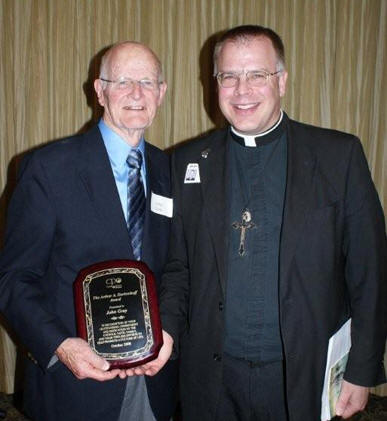